Please ensure Javascript is enabled for purposes of website accessibility

How I Make my Favorite Pineapple Tea

Do you wake up in the morning desiring a soothing and healthy tea? Well I absolutely love this one. It has a tasty blend of pineapple, turmeric, ginger and cinnamon and the health benefits are immense.

Pineapple is rich in Vitamin C, antioxidants, magnesium and bromelain, an enzyme that breaks down protein. Did you know that pineapple even contains a little protein?

Not only is turmeric a very powerful antioxidant, anti-inflammatory,  it may also contain anti-cancer effects! In addition, it may reduce heart disease. According to everydayhealth.com,

Another study found that curcumin was equally effective at improving endothelial function in people with type 2 diabetes (heart disease is a common comorbidity of type 2) as the drug Lipitor (atorvastatin), a medication commonly prescribed to reduce the risk of heart attack and stroke. (8,9,10)

Still, more research is needed to determine if curcumin is a safe and effective long-term treatment strategy for people with heart disease.

Why are endothelial cells so important?

Ginger has been known and used for centuries due to its medicinal properties due to the gingerol it contains. Gingerol is the main bioactive ingredient in ginger.

Here are some fun fast facts about gingerol, according to wilkipedia.com. 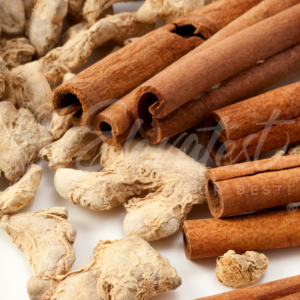 Certainly a ton of health benefits there! Like ginger and tumeric, cinnamon also contains antioxidants with anti-inflammatory effects. Cinnamon also contains anti-viral, anti-fungal, and anti-bacterial properies. Reducing blood pressure, lowering blood sugar, relieving digestive discomfort are some of the other well-founded benefits of cinnamon. Although pineapple, turmeric, ginger, and cinnamon are well known for helping a lot of people with diverse medical conditions, it is advised to always consult a physician for medical advice regarding your personal health.

**Piperine found in black papper is known to increase the rate of turmeric absorption by 2000%. So I add a little grounded pepper to each cup of tea when I drink it:-) ***

How do I make my tea?

Leave a comment below. I would love to know how you enjoyed it.

To recap: the following nutrients are found in this tea. Enjoy! English Reading level: Intermediate.

Pineapple is rich in:

Turmeric with black pepper has helped some people to:

I hope this elevates your day!

Although pineapple, turmeric, ginger, and cinnamon are well known for assisting a lot of people with diverse medical conditions, it is advised to always consult a physician for medical advice regarding your personal health.