Please ensure Javascript is enabled for purposes of website accessibility

12 Types of pronouns and examples 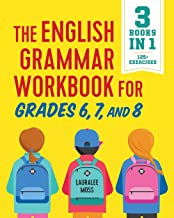 types of pronouns and examples

Pronouns are words that are used in place of a noun or a group of words that function together as a noun. Pronouns are classified according to whether they refer to specific or unspecific things, people, or places.

Subject pronouns are used as the subject of a sentence, meaning they typically come before the verb.

I am going to the store.
You are a great friend.
He is taller than me. 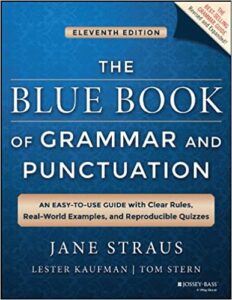 The Blue Book of Grammar and Punctuation: An Easy-to-Use

Object pronouns are used as the object of a sentence, meaning they typically come after the verb.

The teacher called me.
Can you pass the salt, please?
I don’t see them.

We love each other.  We shook hands with one another before the meeting. 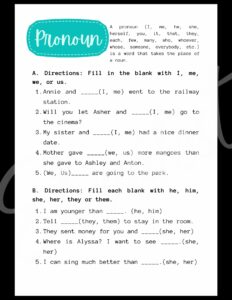 The boy who is wearing the red shirt is in my class.
The house that is for sale is on my street. 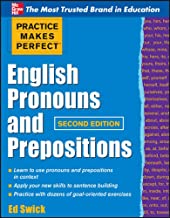 An intensive pronoun is a type of pronoun that is used to emphasize a particular noun or pronoun in a sentence. The word "intensive" comes from the Latin word "intensio," which means "to intensify."

There are four different types of intensive pronouns: reflexive, collaborative, possessive, and demonstrative.

I hurt myself.
You can do it by yourself.
We did it ourselves.

Collaborative intensive pronouns are used when two or more people are working together on something. For example: "We did it ourselves." "They built the house themselves."

Possessive pronouns show ownership and are used in place of a noun. Possessive intensive pronouns are used to emphasize that something belongs to a particular person or thing. For example: "That car is mine." "This house is ours.

That book is mine.
Yours is over there.
His car is the one with the dent. For example,  This pen is mine.  That pen is yellow.  These are horses.  Those are your pencils. 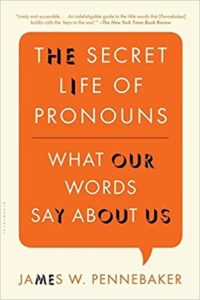 The Secret Life of Pronouns

Note: As an Amazon Associate I earn from qualifying purchases on my website.